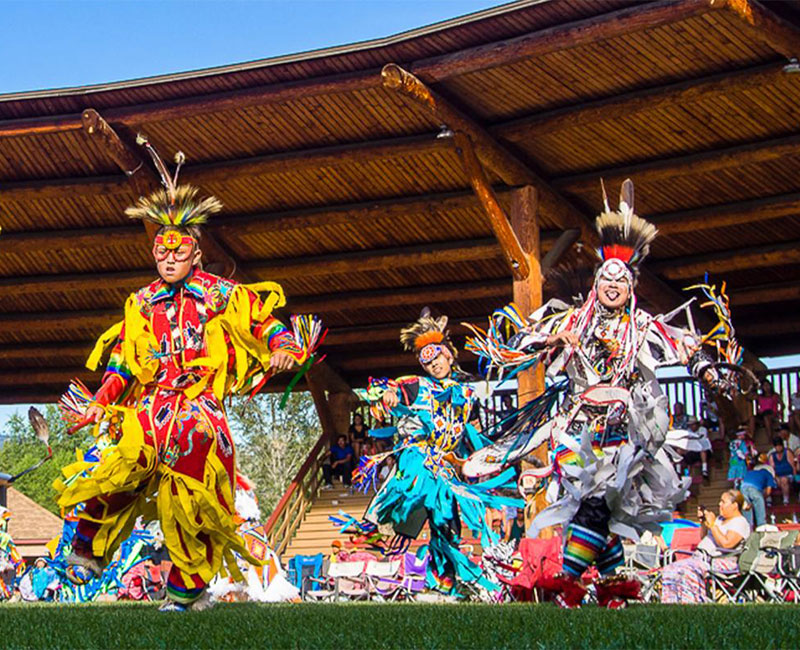 The Tk‘emlúpsemc, ‘the people of the confluence’, now known as the Tk’emlúps te Secwe̓pemc are members of the Interior-Salish Secwepemc (Shuswap) speaking peoples of British Columbia. The Shuswap or Secwepemc (pronounced suh-Wep-muhc) people occupy a vast territory of the interior of British Columbia. This traditional territory stretches from the Columbia River valley along the Rocky Mountains, west to the Fraser River, and south to the Arrow Lakes. Most Secwepemc people live in the river valleys.

The heritage park is a 4-hectare park for our museum guests to enjoy. Various trails lead our guests through our ethnobotanical gardens which have indigenous plants utilized by the Secwepemc.

The annual Kamloopa Powwow is one of the largest gatherings of Indigenous culture in Western Canada celebrating the heritage of the province’s Secwepemc people. Over one thousand dancers will gather to celebrate the Secwepemc people’s heritage through storytelling, song, and dance in traditional regalia.

Engage your five senses on an authentic Indigenous canoe tour with Moccasin Trails. Paddle the ancestral paths of the Secwepemc people, as you listen to stories from a local Knowledge Keeper that were passed down through generations.

This two-day itinerary features visits to Secwepemc hosts in and around Kamloops and experiences on the traditional waterways of Secwepemc’ulecw, including the South Thompson River.

Simpcw manages and operates a Fish Hatchery adjacent to Dunn Creek, where they raise salmon to support local waterways. The hatchery was established in 1983, when Coho were raised in the base of the chlorination shack of the band. 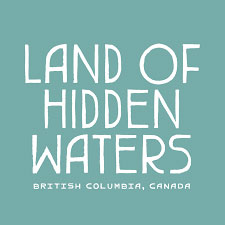